Along the eastern border

If you dream of an unforgettable journey between tropical beaches and lush forests, which is both adventurous and exciting at the same time, this tour in the eastern region of Madagascar is for you!

You will discover the uniqueness of Malagasy biodiversity by trekking in the rainforests of Andasibe and Ranomafana, paddling in a pirogue along the Canal de Pangalane and, of course, diving into the depths of the Indian Ocean. You can be a spectator of the wonders of the island, for example admiring its exotic animals, but also contribute to its redevelopment by planting a tree in the Mitsinjo reserve.

You will also get to know some of the small inhabitants of the island, through an association that runs several schools along the east coast. You will be able to board the only train in Madagascar, which runs from Fianarantsoa to Manakara.

Information: The train only leaves twice a week: on Tuesdays and Saturdays in the direction of Fianarantsoa – Manakara, on Wednesdays and Sundays in the opposite direction. 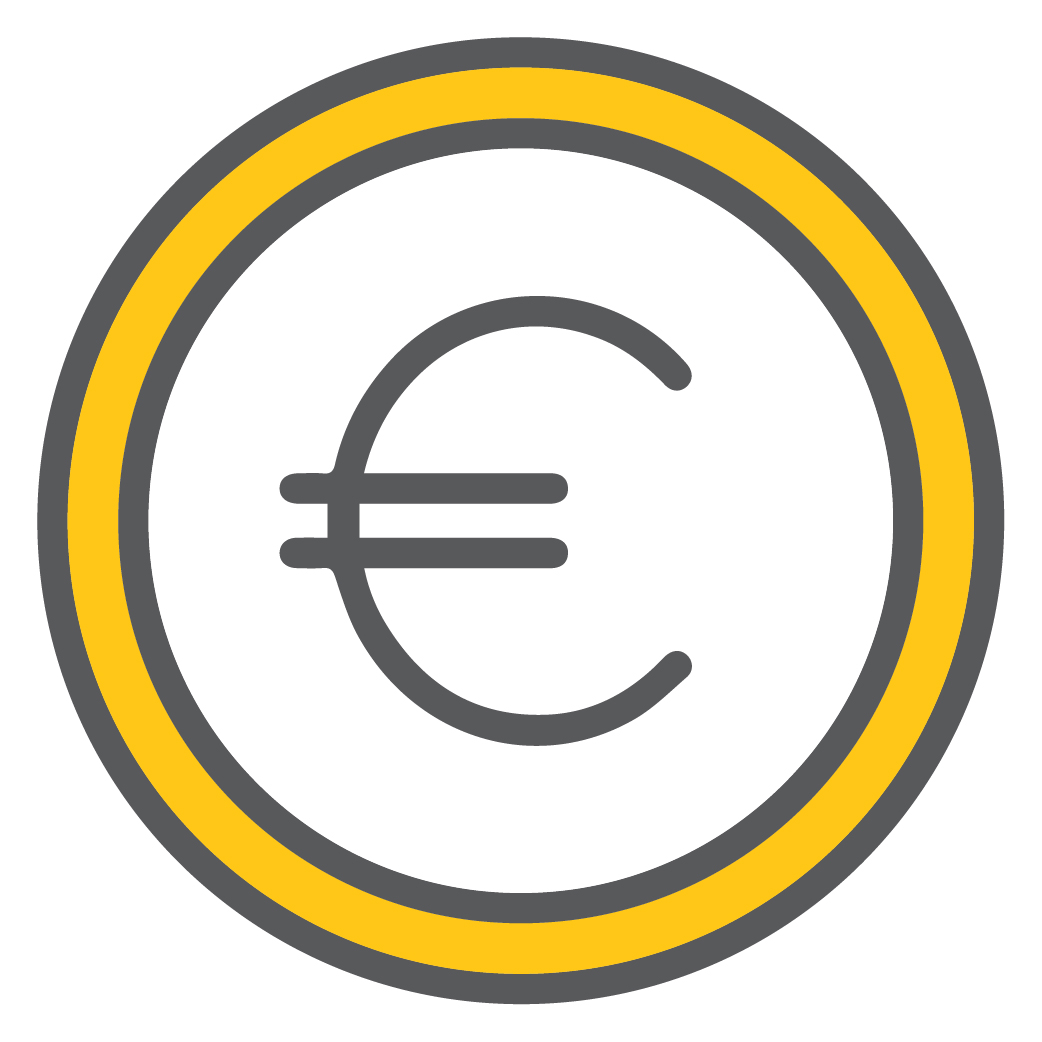 Prices vary depending on the season, availability and number of people. Contact us indicating your needs and we will be happy to provide you with a detailed quote. 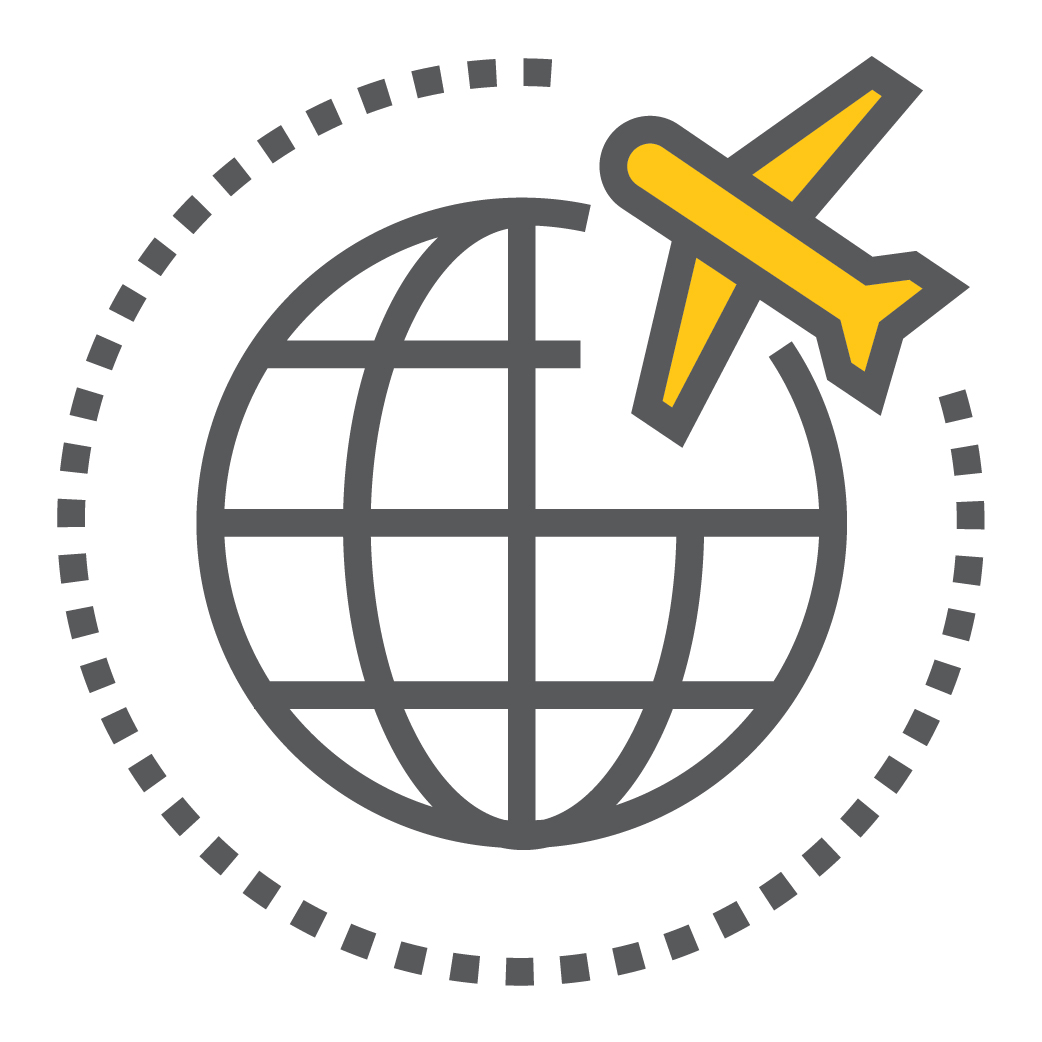 Domestic and international flights are NOT included in the tour. 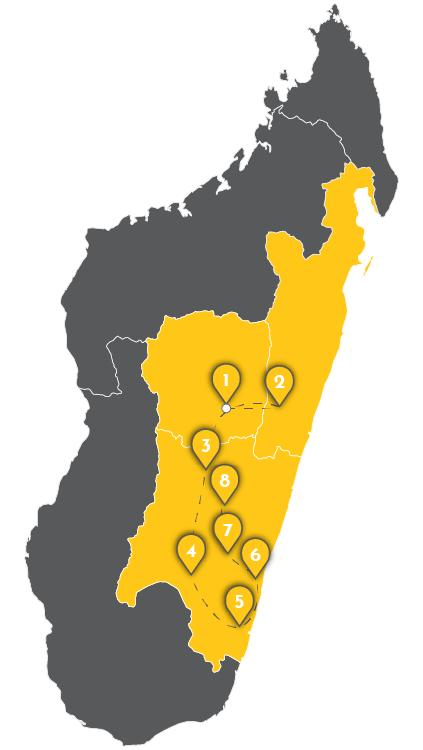 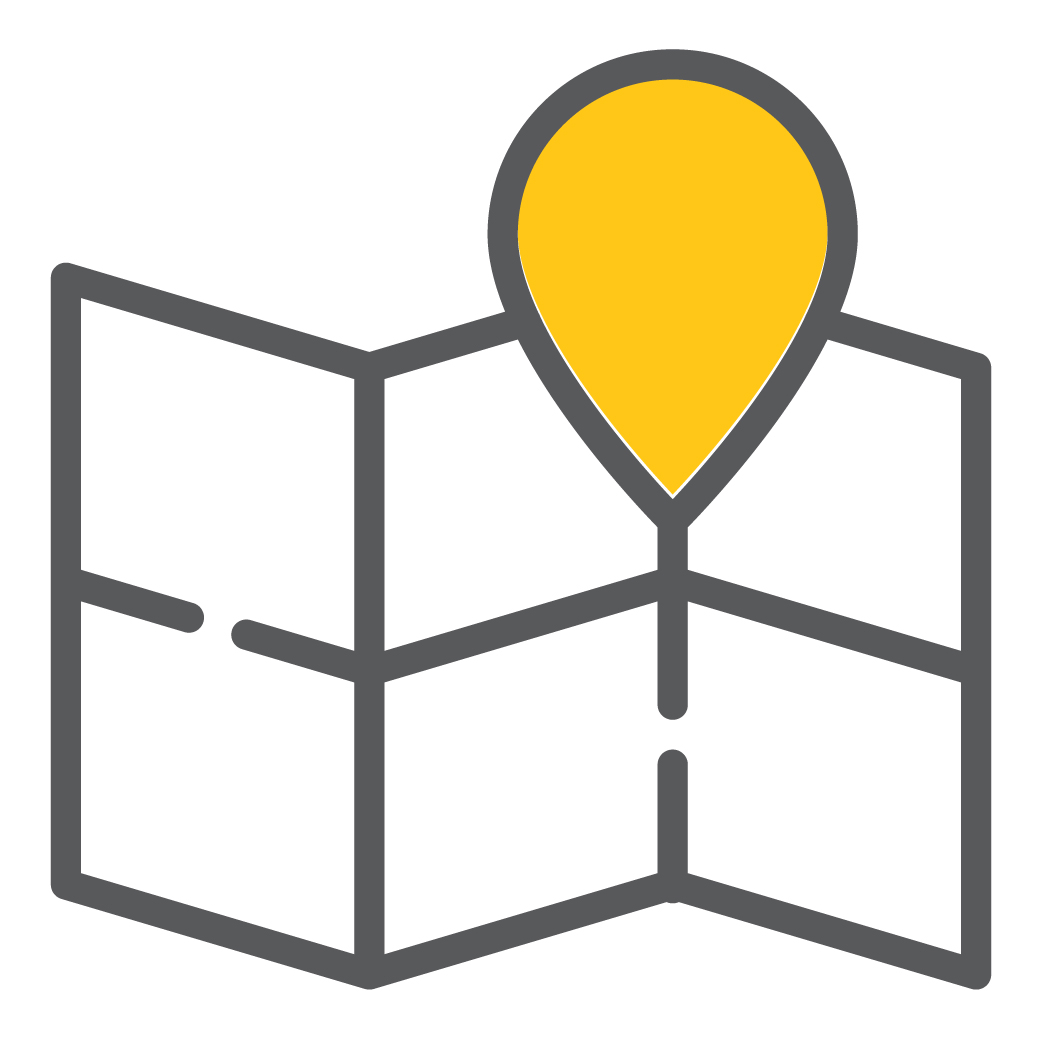 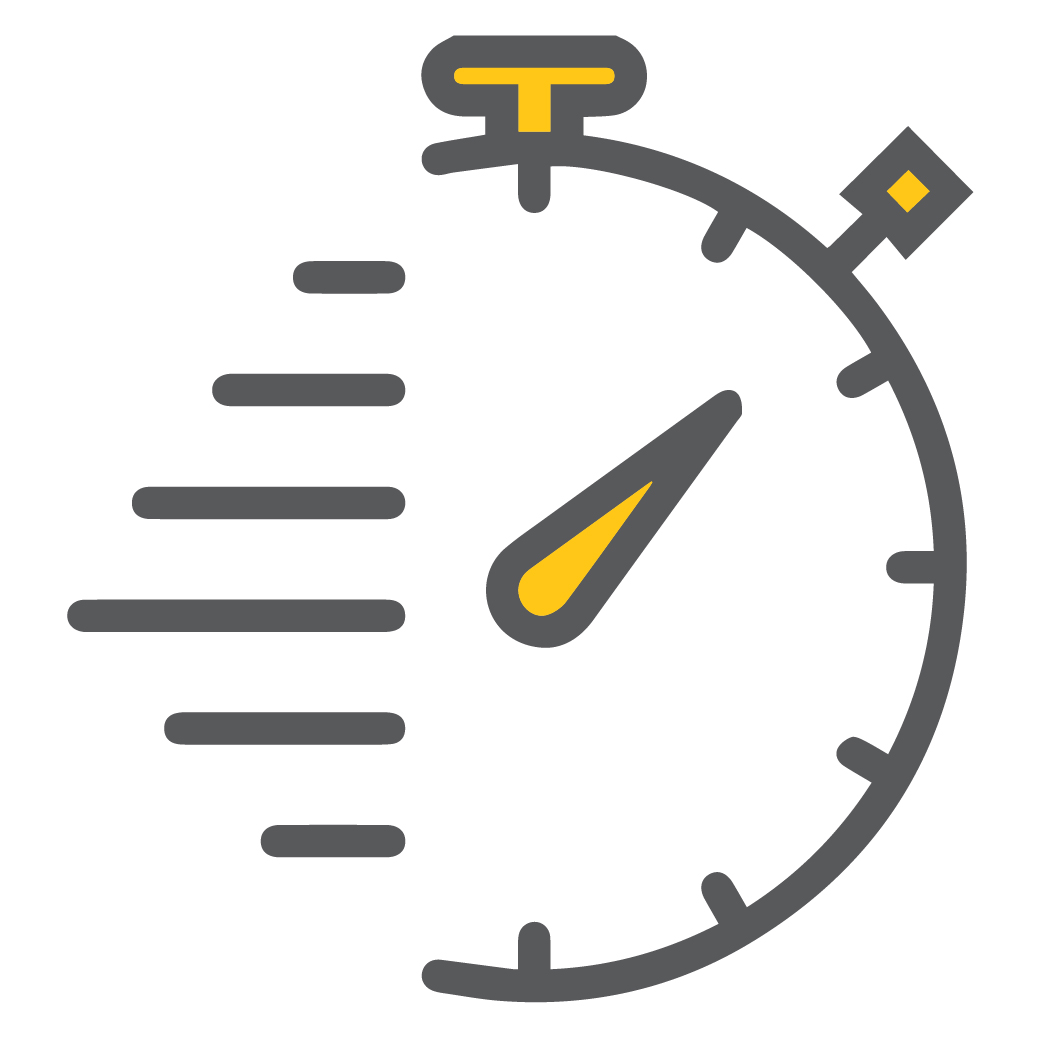 This is a “standard” program, which arises from our in-depth knowledge of the area; if you want to add or delete some stages, you can increase or decrease the number of days. We remain available to help you work out the best route. 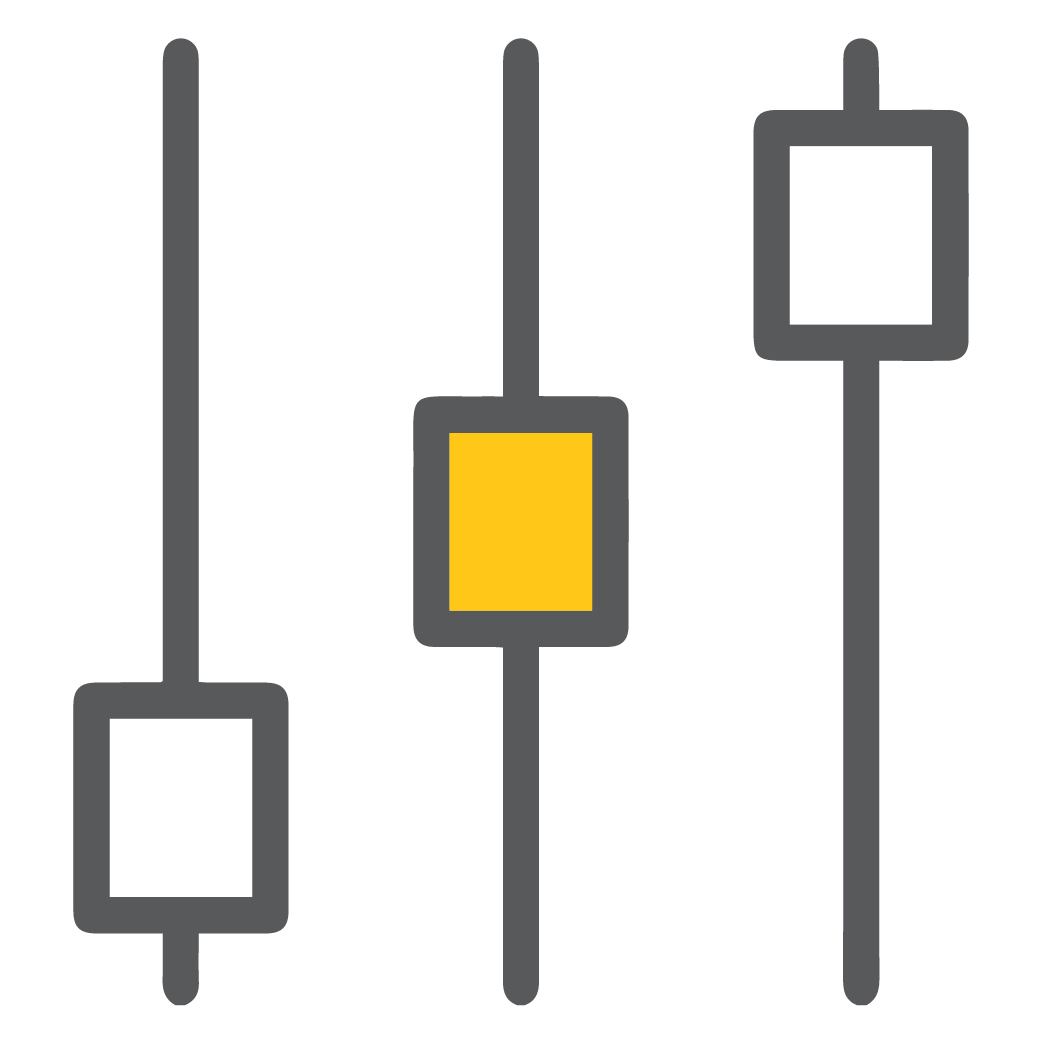 Path accessible to all including children. Traveling by train requires adaptability and patience. 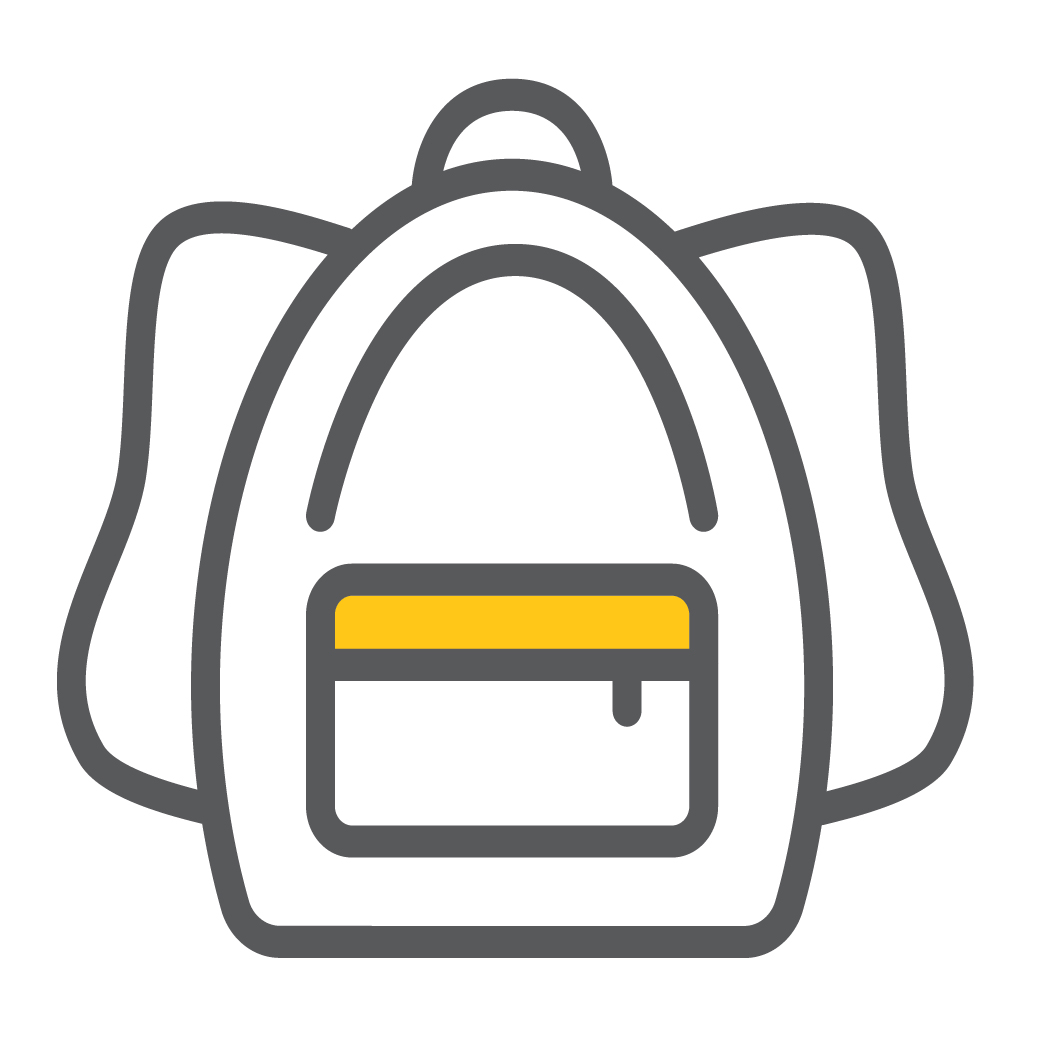 DAY 1 - Towards Antananarivo and beyond

Your eastward journey begins in Antananarivo, the capital of Madagascar, with its incredible multitude of treasures to discover. The chaos of the city might hit you, but don’t worry! Upon your arrival at IVATO airport we will be there to welcome you to accompany you to the hotel, a relaxing location surrounded by greenery.

DAY 2 - Plant a tree in Mitsinjo

Very early in the morning we will leave for the east coast, along the RN2. We will stop for an excursion to Mitsinjo Park; and this is where we can plant our tree! The afternoon will instead be punctuated by a paddling in a canoe in the Vakona Reserve, a well-known natural habitat of lemurs. Finally, we will leave for Andasibe.

A day dedicated to the symbolic animals of Madagascar, the lemurs: in fact, we will spend the day visiting the special reserve of Analamazaotra, inside the Andasibe Park. Here live, among other things, the Indri Indri, the largest and rarest of lemurs, known for their characteristic almost human call, which echoes in the park. It is possible to admire them freely only within this Reserve.

DAY 4 - The artisans of the central highlands

The next morning we will leave early: along the RN7, we will stop in Ambatolampy, a small village of incredible charm, where we can admire the local artisans at work. The tour will continue through the highlands of central Madagascar and the rice fields, typical of the region. We will then make two stops to admire the charm of two volcanic lakes. In the afternoon we will arrive in Antsirabe, to discover its artisan workshops.

Accommodation at: Couleur Café  or similar

DAY 5 - Between markets and rice fields in Fianarantsoa

Our journey through the most authentic Madagascar will continue further south: we will cross the central highlands of the island admiring views of rare and beauty and typical villages. Destination of the day will be the picturesque city of Fianarantsoa, ​​known throughout Madagascar for the rice fields that surround it and for its local markets.

On this unforgettable day we will take a leap into the past, aboard a convoy that takes between 10 and 12 hours to travel the 163 kilometers that separate Fianarantsoa and Manakara. The railway line is the only active in all of Madagascar and runs along the west coast, passing through jungles, tea and banana plantations, waterfalls and villages. It will be a really long train journey but it will allow us to enjoy a privileged point of view on this part of the island.

Accommodation at: Antemoro Hotel  or similar

DAY 7 - By pirogue on the Canal de Pangalanes

We will dedicate the morning to an adventurous pirogue excursion on the Canal de Pangalane: lunch will see us sitting at the same table with the local fishermen, or rather, on the beach, overlooking the Indian Ocean, in the shade of the palm trees. In the afternoon, arrived in the city of Vohimasina, we will meet the volunteers of the Zanatsika non-profit association who will host us in the following days.

Our trip to Madagascar will also see us “involved” in important local cultural development projects, giving us unique emotions: in the morning, in fact, we will visit some of the schools managed by the Zanantsika association; and here hundreds of tiny Malagasy students will be waiting for us to get to know each other and share a few carefree hours with us. In the afternoon we will return to the adventure, with a pirogue excursion on the Faraony river or, depending on the circumstances, a trek in the Loholoka forest, accompanied by the staff of the Zanantsika association.

To see the wood sculptors of Ambositra at work, we will leave early in the morning. The tour will continue to discover the Ranomafana National Park and its verdant rainforest: in the evening, we will go in search of the very rare mouse lemurs and other nocturnal animals that live in the Park.

Accommodation at:  Setam Lodge  or similar

DAY 10 - The wood sculptors of Ambositra

After an exciting trekking among the flora and fauna of the Ranomafana Park – among lemurs, chameleons and unspoiled nature – we will resume our journey towards Ambositra. The city, surrounded by mountains, is known throughout Madagascar for the incredible craftsmanship of the wood sculptors. We will then visit some artisan workshops.

Accommodation at:  Artisan Hotel  or similar

DAY 11 - The lemurs of the capital

In the morning we will resume the tour heading north along the RN7, to reach Antananarivo. On the way we will have the opportunity to stop in Ambatolampy to admire the work of some local artisans. Once in the capital, we will spend the afternoon in Lemurs Park, a reserve that will allow us to closely observe numerous lemurs rescued from dangerous situations.

On the last day of our trip to Madagascar we will visit the capital, savoring its colors and scents. Upon boarding, we will be transferred to Ivato airport and from the window we will greet these places that will inexorably become part of us. 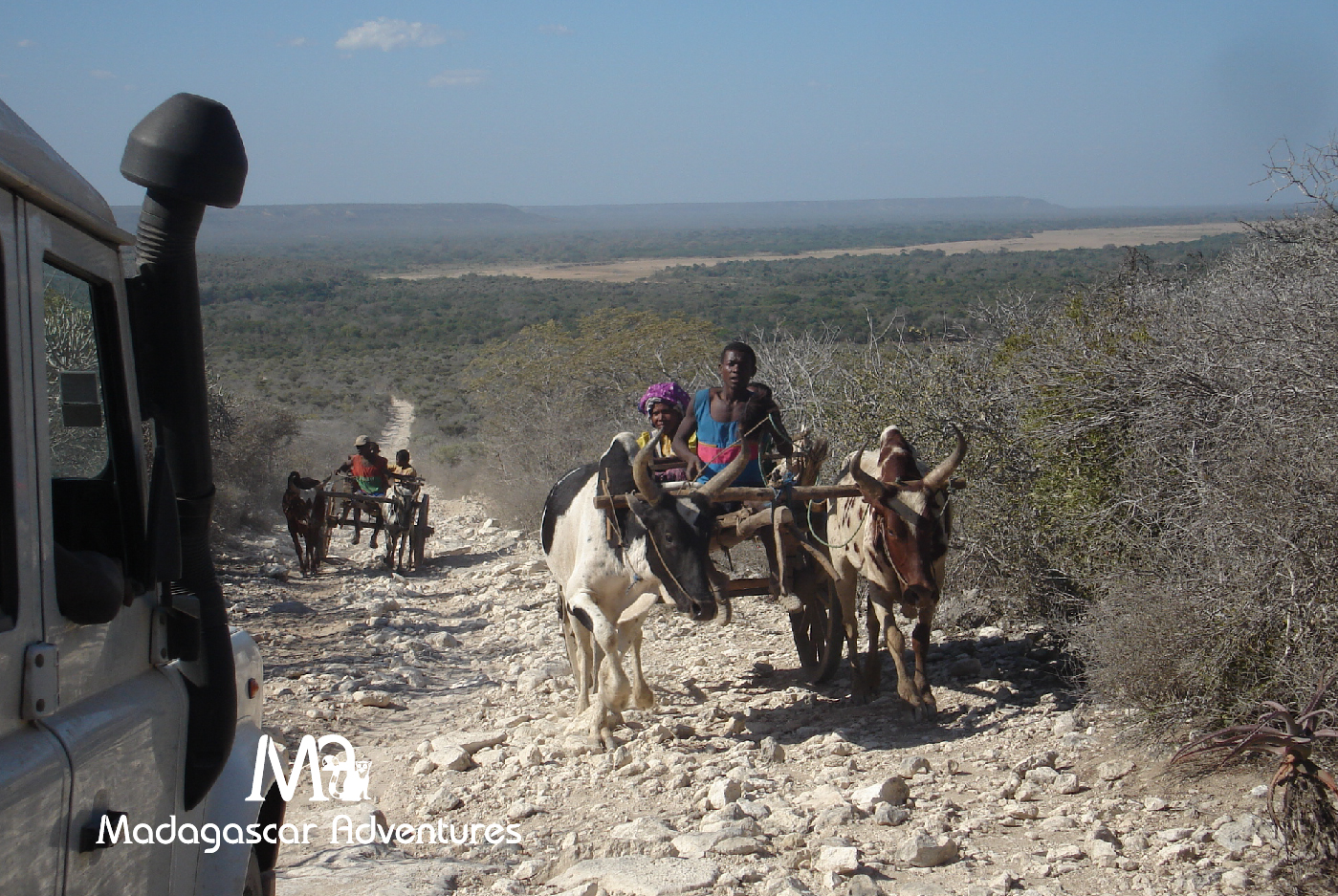 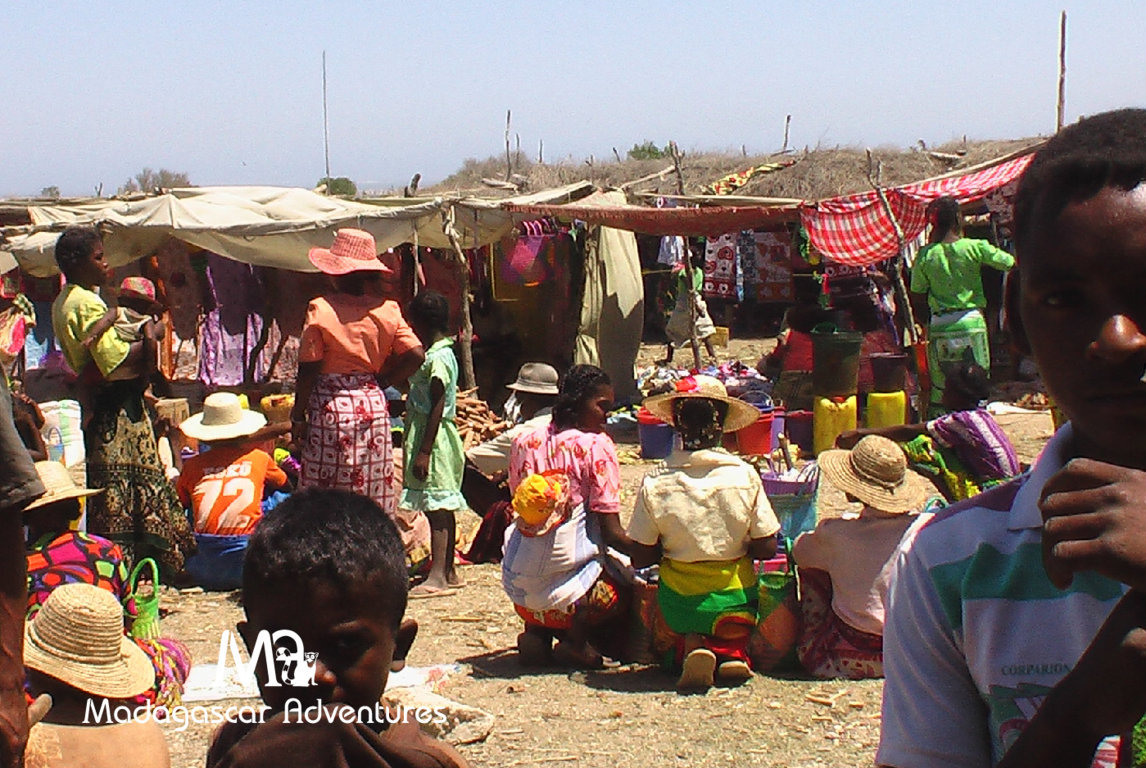 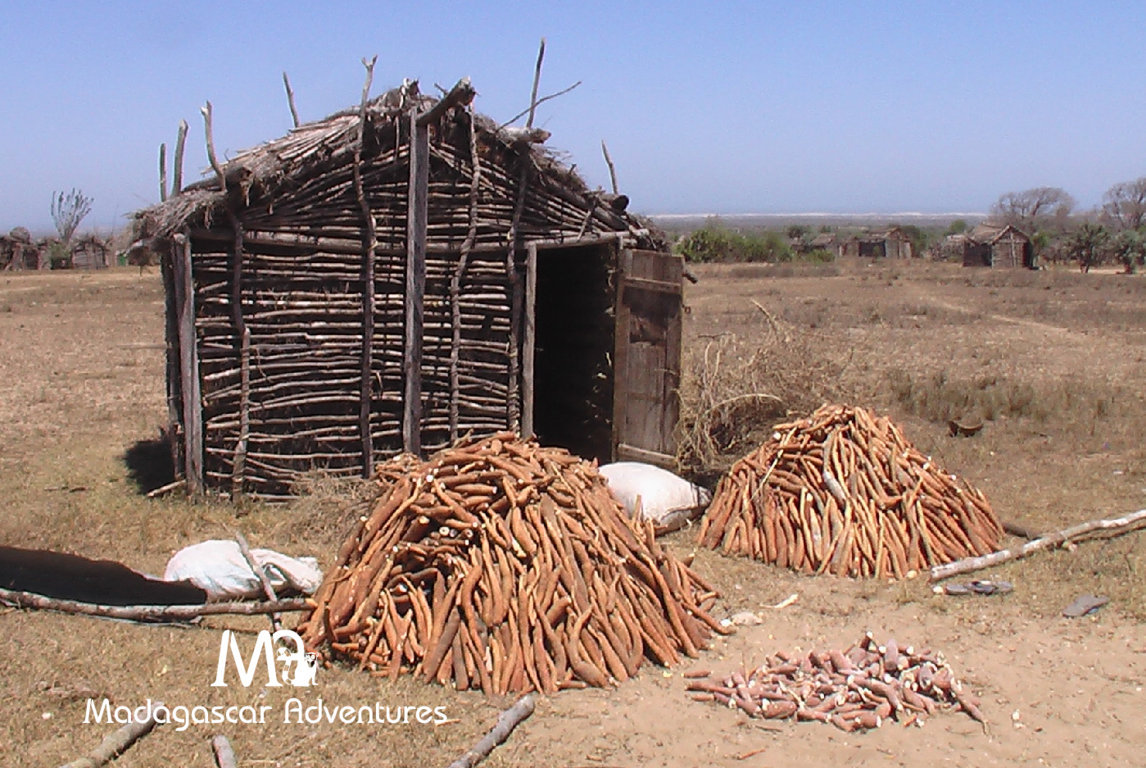 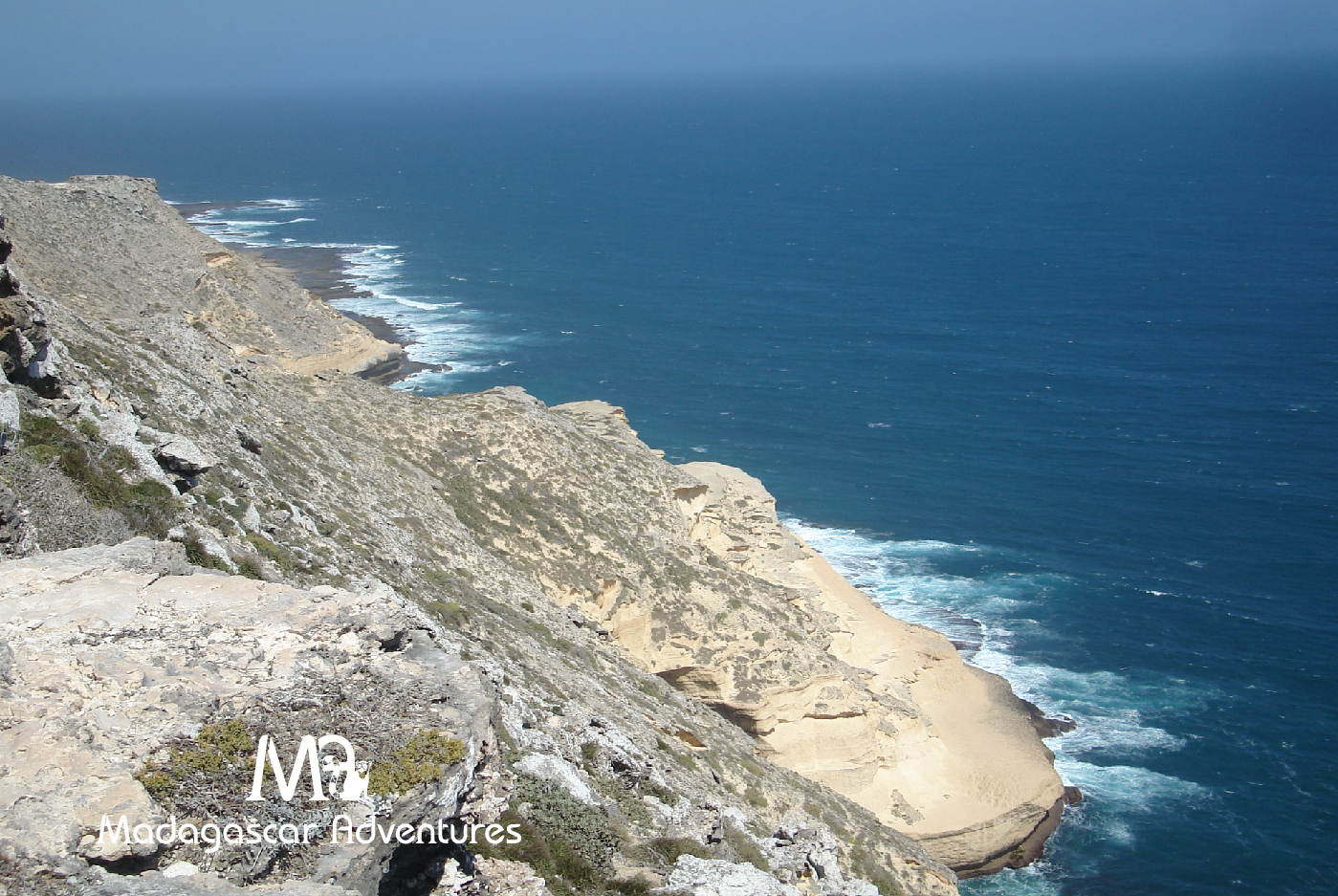 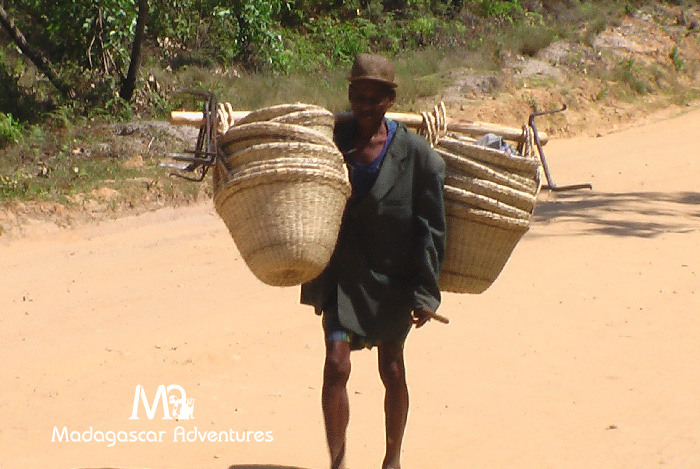 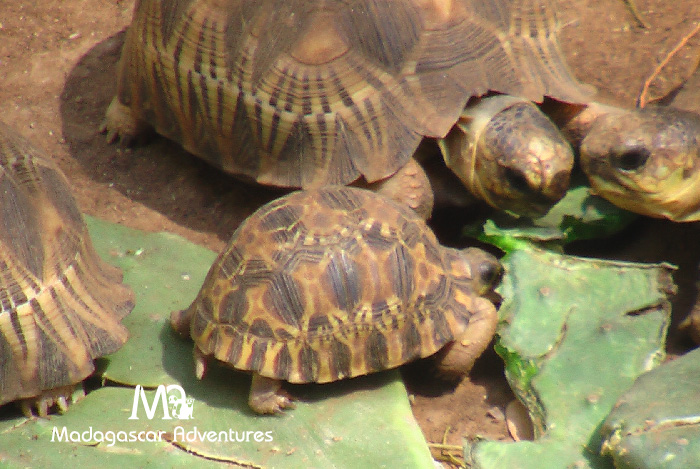 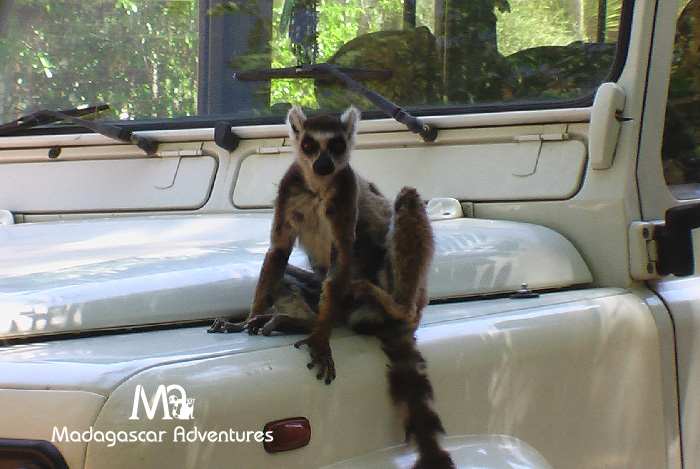 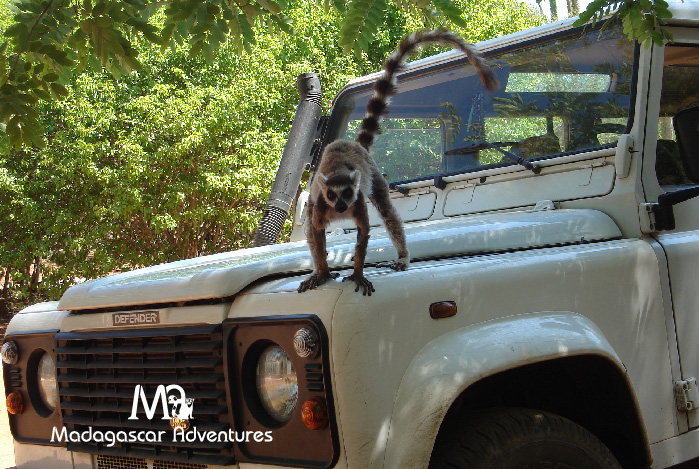 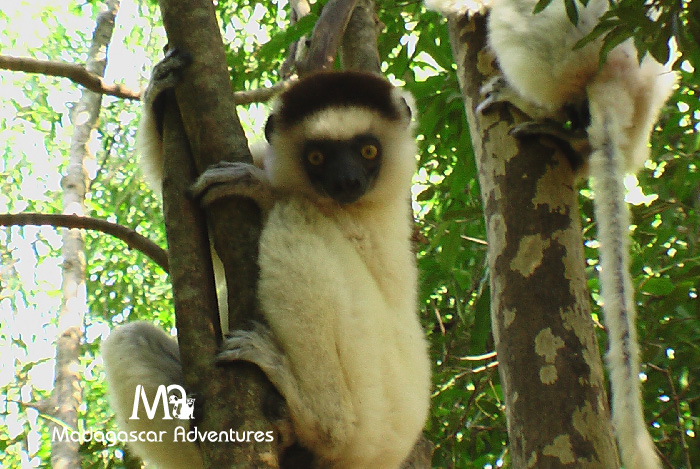 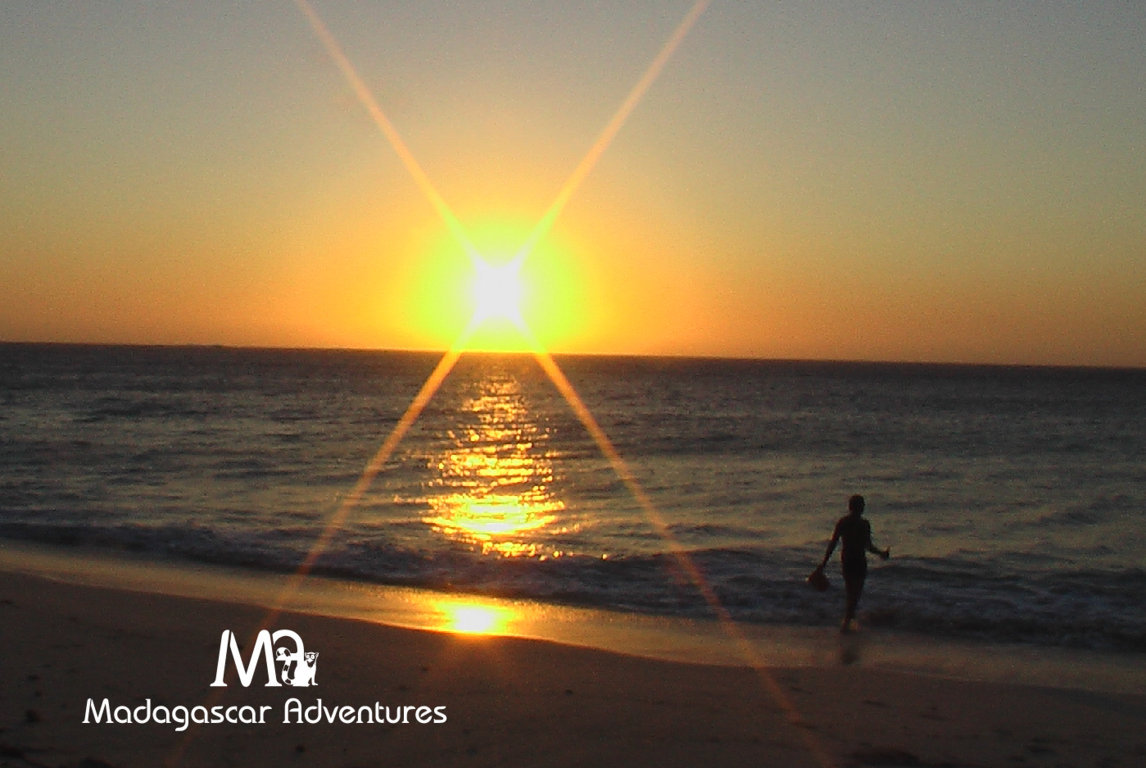 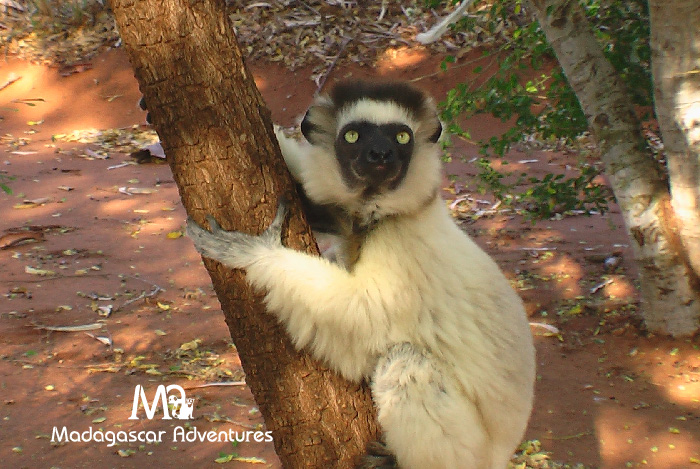 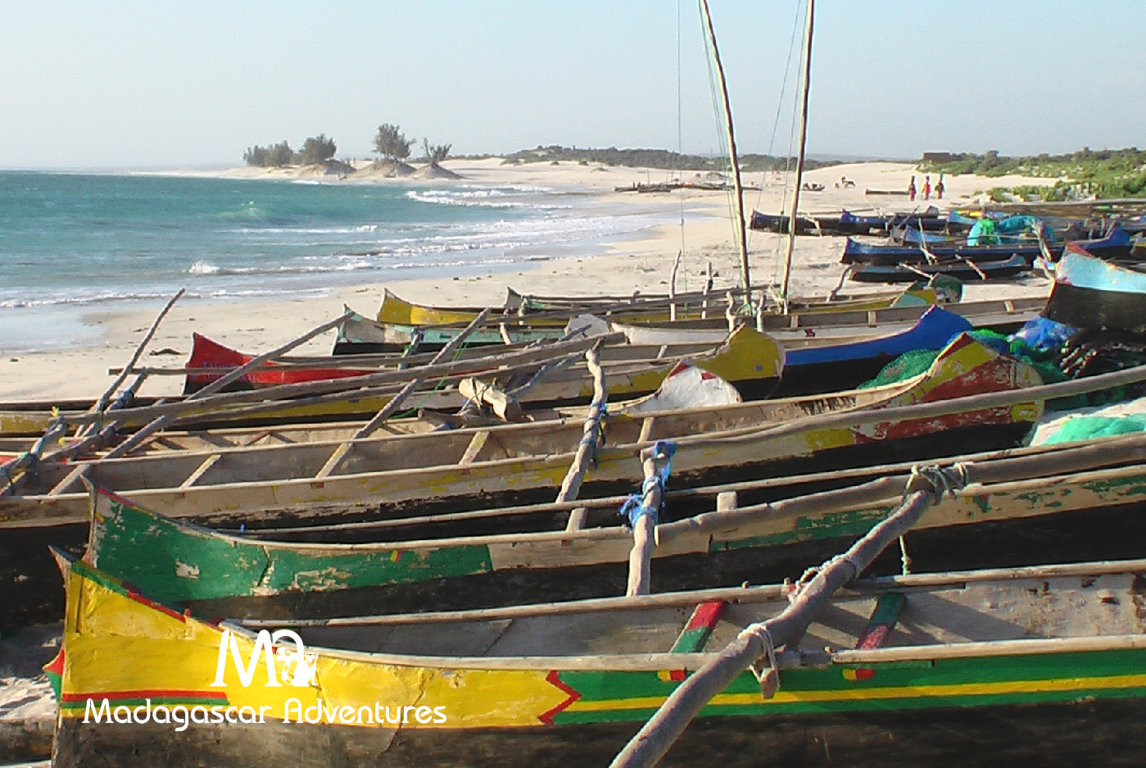 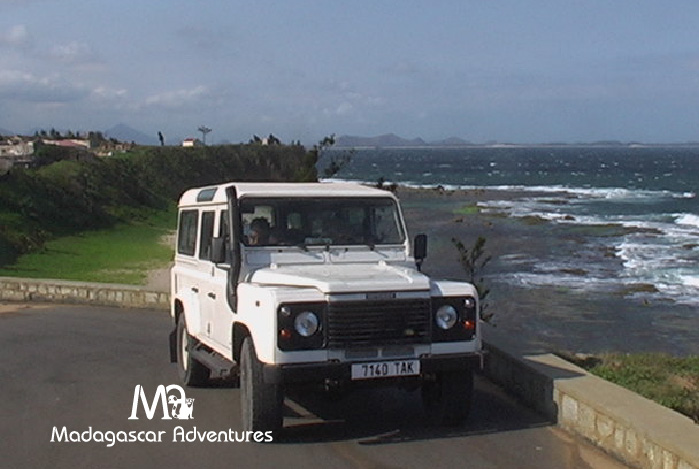 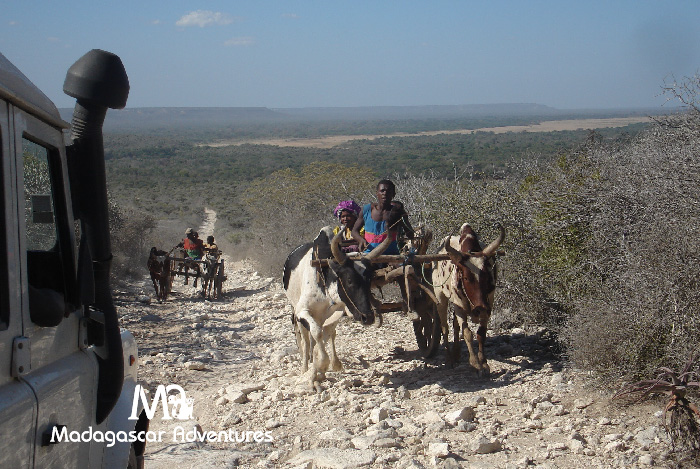 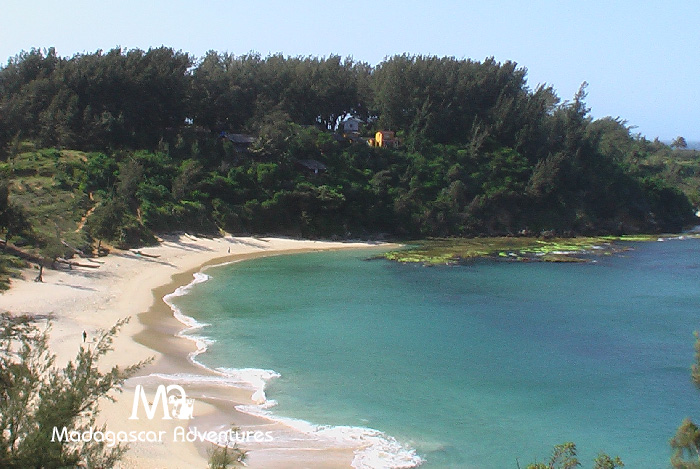 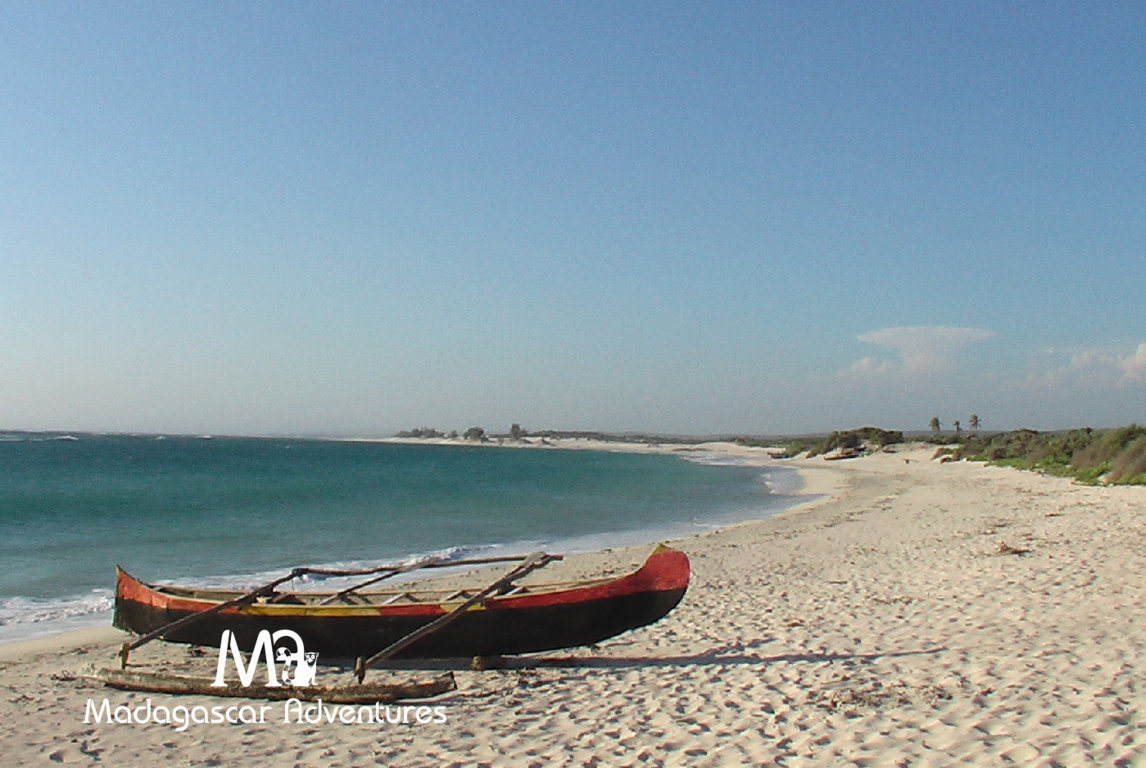 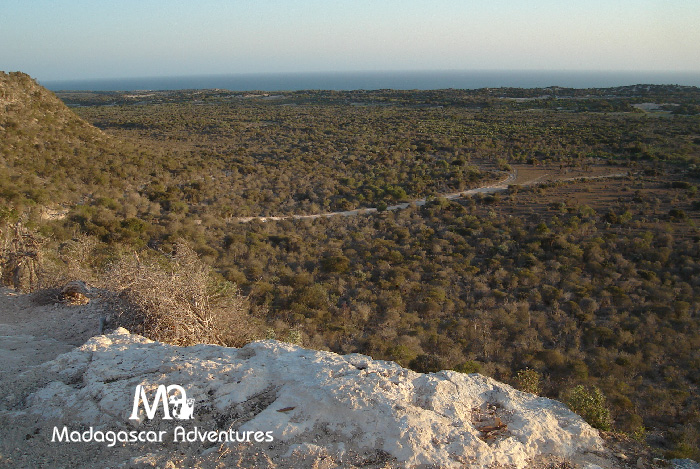 Fill out the form below to send a request for a quote to Madagascar Adventures. In case of availability we will send you the tour quote with all the relative specifications. The request is simple and free. 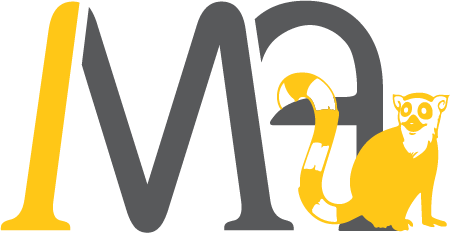 Subscribe to our newsletter and receive discounts and promotions on the Madagascar Adventures Tours and Services. What are you waiting for? It's free!

By using this form you accept the storage and management of your data from this website, see Privacy Center.